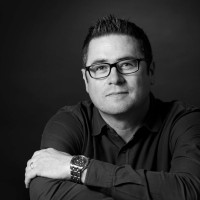 Much has changed in terms of user experience since we set up Experience UX. It is encouraging to see that, on the most part, the user’s experience plays a far more significant role in the decision making of digital products and services than it did fifteen years ago.

Punch a Monkey gets you a kick in the face

In 2007 Myspace (Do you remember Myspace?) offered a game called Punch the Monkey. All a user had to do was punch the monkey ten times and, hey presto, the latest gadget in the tech market was theirs. Easy hey? But what happened was, for each punch landed on said monkey, the user had to sign up to something that offered an equally tempting deal. And, you’ll be unsurprised to learn that, in the process the user had to confirm that their data could be sold on to third parties, and that these deals themselves were subscriptions to other services. Mike Nolet (now founder of LiveBetter) walks through his experience in trying to win a PS3 back in March 2007, and concludes, “Is it worth it? Hell no.”

Maybe this still goes on (we all know it does to a certain extent or another), but in many ways, it feels like a bygone digital age. Not only in the disregard of personal data innocently given, but in the understanding of what constitutes acceptable website behaviour.

The rise of UX has undoubtedly had a positive impact, but GDPR has also played a significant role. The very fact that all of us who work in the digital sector are aware of GDPR is a positive indication that users’ data should be used only for the purpose it was offered and must be kept safe. This will at least keep games like Punch the Monkey away from our screens. GDPR is oft regarded as a bit of a yawn. The wonderful Calm app has a sleep story called Once Upon a GDPR, where Peter Jefferson reads 30 minutes of the General Data Protection Regulation. A great listen if you are struggling to fall asleep.

However, it is important to pay attention to what GDPR offers. Not just because it is a legal obligation, but because it is, in all intents and purposes, there to protect users. It is the right thing to do. This in turn creates a better user experience.

When we focus on doing the right thing for our fellow human, we can appreciate the overlap between GDPR and UX. Not as a function in a project team perhaps, but certainly in our desire to create a more human-centred digital world. The same is true for inclusivity and accessibility, which might be seen as distinct functions in a project, but all are fighting from the same corner to steer their digital platforms to focus on (and respect) the end-user.

What happened to Myspace?

In effect, Facebook grabbed the social media/connection market from Myspace. We must try (hard) to remember that, early on, Facebook, focused on the user experience (yes, it really did!). Make of that what you will, but here’s what Travis Ketz, former Senior Vice President at Myspace, had to say:

“Facebook didn’t focus on monetisation in the early days, and instead just focused purely on building the best user experience and I think that’s ultimately what won the game”.

Good user experience results in superior products and services, loyal employees, and positive customer sentiment. And this results in better business, as Richard Kestenbaum highlights in this Forbes article, “high customer satisfaction indicates that financial performance expectations will be exceeded.”

In his article Kestenbaum speaks with Phil Bak of Exponential ETFs, who uses customer satisfaction data to pick his stocks. He says, “The data tells us that no matter what else the market is doing when customer satisfaction is high, a company’s financial performance exceeds what people are expecting, that’s primarily why the stocks outperform.”

What you do is so important

This commercial perspective reminds us that effective and considered UX allows for the human to be represented in a digital world that so often finds it hard to realise the end-user is just that – a human. A human with things to do, their own problem and challenges and needs. Many websites and apps never quite reach their full potential because, even today in many projects, UX is seen as a function rather than an ethos. Many people begin a career in UX because of its human centredness, only to find themselves in a role where they struggle to implement best practice. Over time, the value-driven purpose becomes diluted.

Focus on the user experience, not as a short-term step towards a monetisation model, but because it is the right thing to do. You’ll soon notice the positive impact you have made around you.