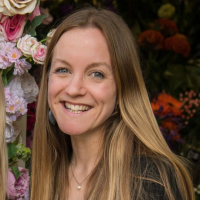 We’ve all been there. Or at least we’ve all seen it play out in real life, or on-screen. The awkward silence. That sinking feeling of anxiety creeping in and the uncertainty in the air as there is no clear indication of what to say or do next… while the silent seconds tick slowly by. Cringe.

It is no great surprise then that during user research and usability testing it can feel easy, and in a sense more natural as a moderator, to fill any gaps in between users answering questions or completing tasks, with commentary. Anything to avoid the awkward silence. However, this commentary not only fills any natural breaks but in turn can influence user behaviour by distracting them from the task they are in the process of completing.

So, today we want to encourage you to consider the power of silence.

Firstly, consider the perspective of Lynn Shade, a UX Designer who grew up in Japan and features in Steve Portigal’s book, Interviewing Users. Shade identifies three different kinds of silence within the context of Japanese conversation: setting-the-stage silence, effort silence and failure silence.

Setting the stage silence is all about indicating readiness for a shared experience and creating the mood for a productive conversation. Poignantly, Shade describes silence as ‘considered a more deeply shared experience than talking – a version of that exists in many cultures.’ As a moderator, this is all about matching the interviewee’s natural response and thought pace, to allow time for questions to be pondered.

Effort silence is about indicating the process of a user giving thought to their response and wanting to contribute to the research goal. Then the moderator in turn offering silence to show they have respect for the user’s response by carefully considering it.

Failure silence is important to be aware of as this can indicate when a user is confused or resistant. If this is not addressed by the moderator interjecting, it can lead to the user feeling the stress of failure.

Summarising, Shade concludes that ‘silence is a roomy empty space that, created by both parties, helpfully exists to allow communication.’

Allow me to expand on this and offer a fourth type of silence: Intentional silence, a term used by the Nielson Norman Group. Intentional silence offers a user the space to complete the task at hand in a natural way. As we know there are many benefits to allowing silence to exist. This can be the moment when participants often offer additional, thought-provoking information and elaborate on previous points, potentially sharing conflicting insights and differing views.

We know that the potential awkwardness felt by a moderator can learn to be tolerated. And this is where body language comes into play. Four key body language tips are:

And our *super-top-tips* especially whilst you are starting out with this practice, is quite simply to count to five in your head and you could even force yourself to keep schtum by doing this whilst taking a sip of water.

There’s a logic behind this trick of counting to five. Now, we know the awkwardness of silences does not really require scientific research to back it up, however, this does indeed exist. Koudenburg (2010) led a study at the University of Groningen which found that silence in conversation starts to feel unbearable after about four seconds. Shine a light on the highs and lows of your user’s experience. Reveal quick wins for today and a user-centred way forwards for tomorrow. Let’s talk.