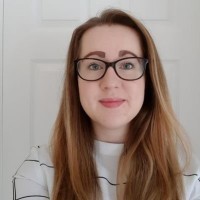 Never work with animals and children they said, well how about robots and children? We’re not phased! And boy did we learn a lot during a project with BotsAndUs – a robotics and AI company from London focused on (physical) robots that interact with people in public spaces, be that retail environment, transport hubs, hospitality and real estate sector etc. Say hello to Bo, their flagship service robot.

Stepping away from conventional screen-based work and into the physical world requires a totally different way of working, with a behavioural science lens on what other factors influence the experience – from social norms, to sensory experiences and group dynamics. This became much more than only interfaces, but also interactions in the truest human form.

We learned so much during this project, but here’s a snippet of the three things we learned about designing and facilitating this style of research.

When doing a study with a family with young children, it’s important to plan the space to make sure everyone in the family feels comfortable. Along with the basics of ensuring there are no sharp table corners they could injury themselves on, you can’t go wrong with some comfortable additions to the room such as beanbags or cushions, and entertainment for the little ones. No amount of careful research planning can guarantee that you’ll be able to hold the attention of your youngest group members.

2. Keep an eye out for unexpected bias

As seasoned researchers, it’s easy to say that we know how to avoid bias in research, but with different styles of research, it’s easy to overlook this. When doing research that involves observing group behaviour, it’s important to think about how to impartially interact with that group. If you’re trying to see if, and how, a group determines a natural leader, you can’t direct your task at any one member of the group – that’s cheating! Instead, think about how you can instruct a group in other mediums – such as a printed task rather than verbal. 3. Identify some parallel experiences you could learn from

What do people that are in charge of groups, such as tour guides, do to manage a group interaction? We spent the day at various attractions and tours observing similar but totally different experiences and found this a very valuable way to test some of our hypotheses.

Not only did we get to see how groups interacted with a ‘group controller’ such as BotsAndUs’ robot (a.k.a. Bo) or a human tour guide, but we got to observe how those in the group interacted with each other. Did they have a dedicated leader? Did they naturally moderate themselves and control who did the talking? How did families organise themselves? A very insightful lesson in group dynamics and behaviour. Our insight gleamed across the Field Research & Controlled Study helped us to highlight barriers to the current interaction between groups and Bo and find out what Bo could learn from great group controllers.

Heading to London Heathrow soon? Say hello to Bo for us, as BotsAndUs have partnered with British Airways to provide “a solution that will reduce travel stress by assisting all passengers with relevant information to their journey and airport stay”. Find out more about the trial here.