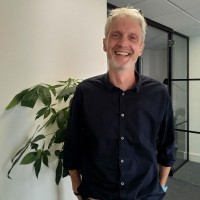 How many apps do you have on your phone? Ten? Twenty? Maybe more?

How many do you use regularly? Maybe five? Eight? Even Ten?

I’d also guess that maybe apart from banking – we’ll all use the same apps or at least ‘close relatives’ of them. JustEat or Deliveroo, Amazon, Sainsbury’s or Tesco, eBay, Netflix, LinkedIn, WhatsApp, Snap, Spotify, Uber etc…

All hugely successful businesses in their field – all designed to within an inch of their screen real estate. Simple to use, intuitive to convert and with the beauty that because all of the marketing is completed further ‘upstream’ – us ‘users’ understand both the specific task each app is for and have a very good idea of what we want to do (or buy) before we use them. This all has the effect of creating a favourable impression, resulting in us wanting to use them again and again.

Which eventually creates a reliance.

But, there is a problem in paradise for these businesses. There always is. There is always more to be gained in this growth and attention economy.

Despite the fact that we’re all reliant on this variety of apps to get through the day – we’re not reliant on THEIR app for more than one, maybe two types of tasks. That’s not enough for them – because most of the apps are task-driven (their great strength) – you access them, complete a task, and divert your attention (your behavioural data and your money and their great weakness) elsewhere. Now, the slight variant here is, of course, the pure content providers such as Netflix and Spotify – but even with Spotify you pop your music or podcast on and then disappear somewhere else.

Look to the East

What is to be done? Well, like an increasing number of tech and user behavioural developments, by looking towards Asia, we can look a little way forward into a near tech product future.

It is clear that some of the societal influences, environments and therefore user behaviours, especially in terms of the interaction with technology in Asia are very different to the west.

However, one core commonality across Asia is the almost ubiquitous use of mobile technology and the use of apps. This reach and use of smartphones as the prime way that users access the internet and digital services is now very clearly being replicated in the west. Not just by the younger generations or more affluent parts of society but increasingly across all demographics. In 2020 users in China spent four hours a day on their mobile phones, in Indonesia, it was five – in the US and the UK, it was 3.5 and increasing fast.

This user behaviour in Asia has led to the development of what are termed ‘Super-Apps’: products that offer a range of internet services on one platform. Banking, food delivery, car-ride services, micropayments, communications, social etc. Some examples are Dash, Pinduoduo, Paytm and WeChat.

And these Super-Apps have huge user numbers; are incredibly successful, and have users that are – to all intent and purposes – completely reliant on them. To say that these businesses have created a walled garden (something that Apple and Facebook have been trying to achieve for years) is an understatement – they’ve also created a huge moat around that walled garden and pulled up the drawbridge.

Closer to (our) home

Being a ‘walled garden’ is hugely attractive to those single-task app providers mentioned earlier. The unique challenge in the west is posed by Apple and Google who both have no motivation or interest to allow Super-Apps to reside on their mobile OS’ – hence Apple and Google Pay, using your Apple ID to sign into a huge range of third-party services, etc.

Added to that, the underlying ‘non-compliant’ culture more prevalent in the west, which has always created a default setting of distrust. This has been evermore heightened with the nefarious use of data by some social media platforms and advertisers, and the significant data breaches that seemingly occur almost weekly, which do little to change our untrustworthy perception.

But I do think that Super-Apps will start to gather significant traction over the next 18 to 24 months. Indeed, they will be quicker to market and more widely used than any Metaverse product over the next five years.

There are already signs that movement is afoot. Jack Dorsey moving (albeit slightly forcibly) from Twitter to focus sole CEO attention on Square, renaming the company to Block, buying Tidal (a music streaming service) and openly discussing accommodating the entire suite of products (including Twitter) into one ‘view’ is telling.

But what will be the silver bullet that will enable Super-Apps to take hold and provide a service and therefore user experience that will bring us all into their walled gardens? A considerable number of observers in the space consider the ability to use a single payments platform to transact across all app components as key.

Giving users the convenience of entering their credit or debit card information once for a huge range of their ‘reliant’ services, tasks and interactions should not be underestimated. For the providers the fees garnered for processing payments could significantly outweigh the income generated through current income streams – advertising or ‘black-hat’ data harvesting and reselling.

A lesson from history is that business that make it easy, transparent, and quick for customers to transact with them succeed – the clearest and most recent example is Amazon. There has been a significant amount of negative press for so many app providers – Spotify, Facebook, Uber, WhatsApp to name just four (or three) companies– but can you recall the last time PayPal had a negative piece of news about them? Payments are almost hidden, are expected to work and will be the glue that makes Super-Apps stick to us.

What could the advent of the Super-App mean for users and businesses?

A single app that ‘does everything’ sounds attractive from a speed, simplicity, and effectiveness angle. But privacy, data use, single point of failure concerns all create perfectly justifiable barriers to rapid and large-scale adoption. However, as I’ve highlighted – the incorporation of a payments ‘glue’, linking different transactions and activities across the platform together – may just be enough of a pull for users. Especially if that payment solution is provided and underpinned by a trusted player (PayPal, Apple etc.).

Connectivity of course does not remove the privacy and data storage concerns. Would I personally be comfortable with one platform knowing pretty much ‘everything’ about me? Where I go, who I talk to, what I spend, where I spend it, what I eat etc…?

Do you see where this is heading? Is that any different from what multiple organisations know about me already?

What if I want to change Super-App? What if I lose my phone or my login is compromised?

There are many legitimate concerns and questions that we presently don’t know the answer to.

And could this rapid adoption offer a counter to our concerns?

Could Super-Apps facilitate new equality of access to online services?

Irrespective of background, demographic or income, Super-Apps offer the potential to provide us all with the ability to connect together a wide range of transactions and products, including those provided by the public sector, into one mobile-ready platform.

We know that in the UK we are already spending almost four hours per day on our mobile phones – providing a wider range of integrated services for this increasingly mobile native user base via Super-Apps could simplify access to services and tech that was previously difficult and complicated to use. Have you heard of Paytm? Used extensively in Inida to make payment via QR code, it is one of the highest valued fintech companies in the world. Image credit.

What does the arrival of Super-Apps mean for the world of UX and UX design?

A single app that unifies multiple journeys and interactions into one coherent interface and design system does limit the ability of exploration within a user’s experience and indeed, does create a series of defined and constrictive journeys.

Should we as UX professionals use the advent of Super-Apps to remind ourselves of our influence and impact? Become, as UX was always meant to be, actively more involved in the experiences of users up and downstream?

If nothing else, it will hopefully give the masses in our profession the incentive to shout about user needs away from the purely transactional nature of a digital interface.

Are Super-Apps what we users want?

There are many reasons they could be and many why they may not be what users want.  The best and only way to find out is to research. To ask, observe, listen, learn from (and with) users. Humans are always the arbiters of what does and doesn’t, what should and shouldn’t and will and won’t work.